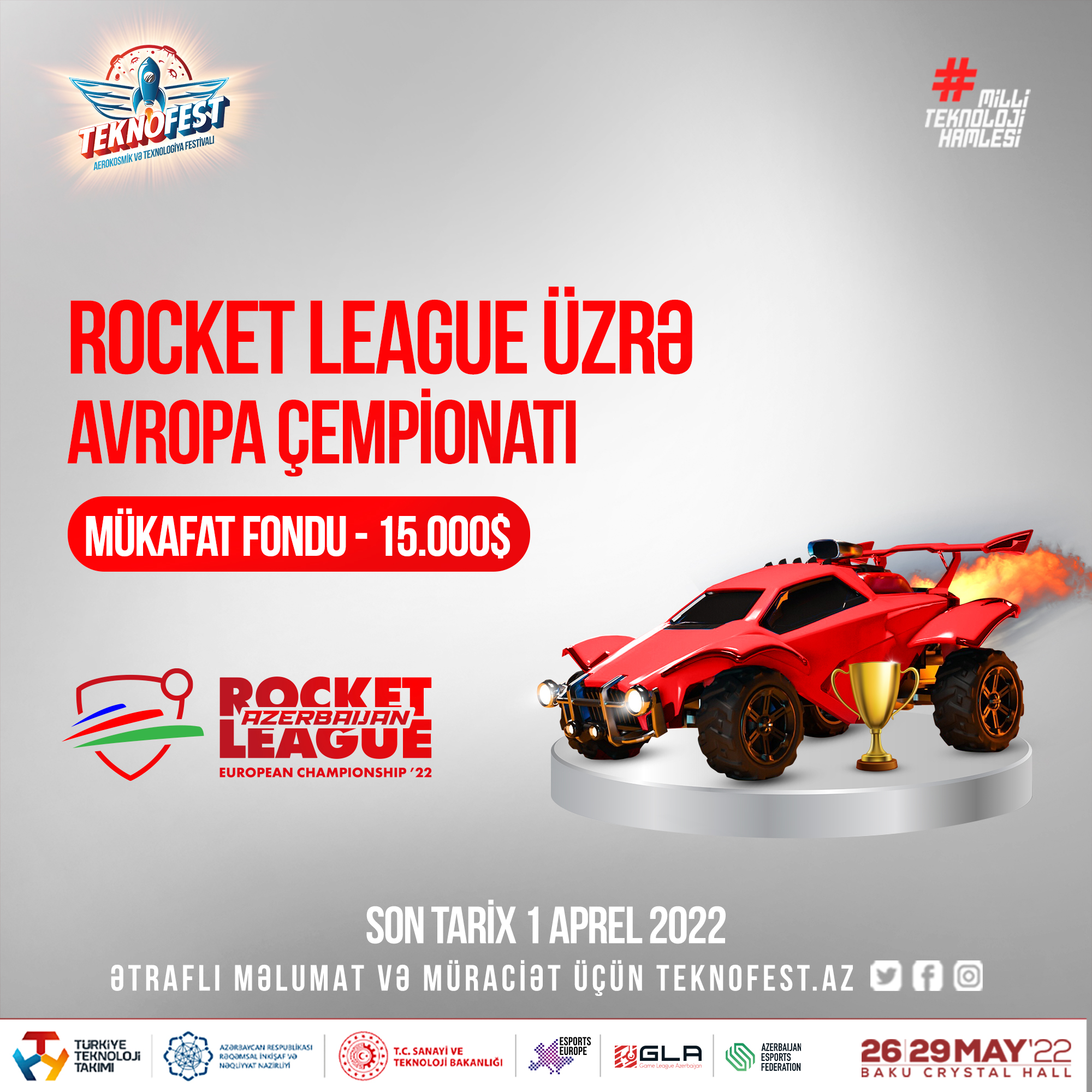 The best cyber athletes of the Europe will try-out their abilities at the Rocket League and Tekken 7 stage in Baku.

Please be informed that registration for the European Cyber ​​​​Sports Championship is now opened in the frame of the Aerospace and Technology Festival TEKNOFEST Azerbaijan, which will be held for the first time in Baku on May 25-28 this year, jointly organized with the Turkish Technology Team Foundation (T3 Foundation), the Ministry of Digital Development and Transport of the Republic of Azerbaijan and the Ministry of Industry and Technology of the Republic of Turkey.

It should be noted that the organizers of the international event are the European and Azerbaijan Esports Federations. In addition, the Ministry of Digital Development and Transport of the Republic of Azerbaijan provides organizational and financial support to the international tournament.

The Rocket League and Tekken 7 stage of the European eSports Championship will be held at the Crystal Hall in Baku. According to the national qualifying round of the competition, citizens of Azerbaijan over 16 years of age have the right to participate in the event.

Please be also informed that the further stages of the international tournament such as CS:GO will be held in Romania on July 5-6, the eFootball stage in Montenegro in August and the DOTA 2/Free Fire stage in Albania on September 20-25.

The total price pool of the Baku stage of the European Championship is $20,000.

The deadline for submitting applications is April 01, 2022.